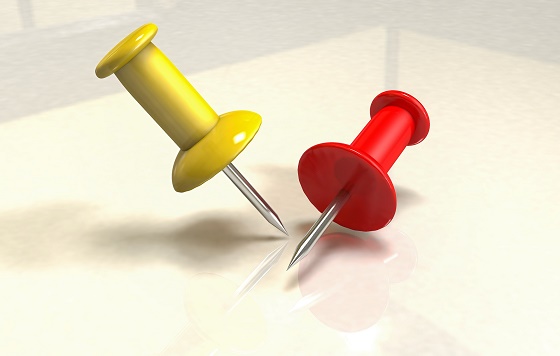 If we take at face value the oft-quoted statistic that the brain processes visual information 60,000 times faster than text, it’s easy to understand why visual social media platforms like Pinterest are so popular at the moment. While Instagram and Pinterest are both photo-sharing platforms, many consider them to be fundamentally similar – which is simply not the case.

While Instagram is an excellent tool for building a personal connection with your audience through the distribution and promotion of unique visual content, Pinterest is more about curating visual content (such as photos, images and infographics) that you’ve found online.

Interestingly, Pinterest has a larger female demographic and its users tend to be slightly older than those on Instagram – giving you access to audiences that might not traditionally be accessible on other platforms. Here are some of the ways in which Pinterest can be used as an interesting PR tool.

Storytelling
Ever since the establishment of the Publicity Bureau in 1900, effective storytelling has been an integral part of professional PR. While mediums have changed dramatically in the digital age, storytelling is just as important as ever.

Using themed boards, you can practice visual storytelling to an audience which is already receptive. You may wish to consider picking insightful quotes from your customer testimonials and turning them into exciting images for impact. You can then also pin the quotes on a board dedicated to the product in question.

Author and social media guru Gary Vaynerchuk often advocates getting to know a person’s interests before pitching to them. Vaynerchuk uses himself as an example, stating that since he is such an avid fan of the New York Jets, a conversation about the team is an excellent way to build rapport and thus build the foundation for a business relationship.

By observing the kinds of things that influencers pin on Pinterest, you have a much better idea of what makes them tick for when you’re ready to make a first impression. This is also crucial for determining their brand alignment, so you know whether or not they will be a good match for your business.

Build a community around your brand
Pinning images from news conferences, exhibitions and other events that you attend, is an excellent way to build a sense of community around your brand. Conversely, you can search for the content that other people are pinning regarding your industry for market research purposes, so that you never fall behind the competition. Posting high quality visual content on industry specific boards is a great way to cement your reputation as someone who selflessly provides value.

It’s important to note that overt attempts at self-promotion on Pinterest are a big no-no. If you want to build a community around your brand, you must give before you receive. If your business is involved in any social causes, be sure to use Pinterest to promote them, and if appropriate, create a board specifically for your community to contribute to.

McDonald’s demonstrates excellent visual storytelling through its Pinterest account. It’s one thing to have a ‘history’ page with a textual description of the company’s trials and tribulations from inception to modern day, but it’s also extremely effective (and more emotive) to tell a story with pictures. McDonald’s show the history of the golden arches, full of fun facts and vintage photography which is guaranteed to keep people engaged.

Honda showed that you don’t need a huge budget to create enormous engagement on social media. Honda’s Pinterest campaign, eloquently named “Pintermission”, was designed to promote its new CR-V car. By reaching out to 5 influencers, Honda offered them $500 each to go out and do the things that they were pinning about (using the #Pintermission hashtag to record their endeavours). More than 4.6 million people were exposed to the Pintermission boards, resulting in over 5,000 repins and almost 2,000 likes.

Kotex launched an ingenious campaign known as “Women’s Inspirational Day”. The company targeted 50 influential Pinterest users and sent them a bespoke virtual gift based on their personal preferences (as displayed in their boards). In return for the users pinning the gift, Kotex sent the users a real gift box. For the cost of 50 gift boxes, Kotex generated a staggering 694,853 total impressions. Wow!