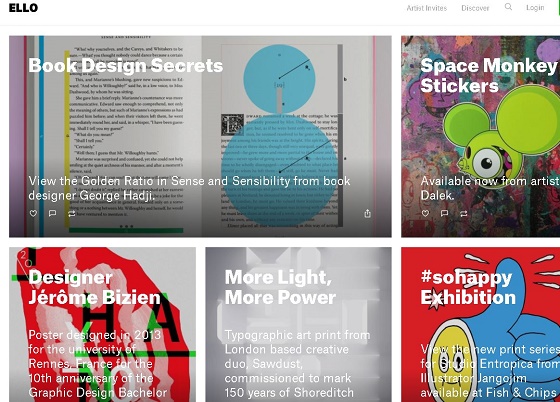 What is Ello?
Ello markets itself as a different kind of social network, claiming the unique selling point of being ad-free and also refusing to log and request users’ information when they visit the site. The creators tout a manifesto that includes their words:

“We believe a social network can be a tool for empowerment,” the founders write. “Not a tool to deceive, coerce, and manipulate – but a place to connect, create, and celebrate life.”

The lack of advertising on the site might seem like a deterrent to businesses using it. However, just as with other social media platforms like YouTube or Medium, it simply requires that the posts themselves be more informative and provide a valuable offering. If the post is good enough, it will act as a great advert for your company or business without necessarily ‘selling’ anything.

Who uses Ello?
When it was announced to great fanfare, Ello earned itself a large number of initial users. And it began to encounter problems almost immediately – users were quick to complain about a buggy interface and overly ‘hipster’ layout, despite the lack of ads. After a time out of the spotlight, however, Ello has become a social network for artists and creatives. Without all the noise, there is a market to reach here if creative businesses are savvy with their posts and content.

How to make it work
Because it is used almost exclusively by creatives, the marketing content businesses post on Ello has to appeal to that audience and use their aesthetic. That means posts have to be about visuals – captivating images are what Ello requires. CEO Todd Berger has since claimed that they, “Deliberately designed Ello for creators”. Make no mistake, this platform will not reward every type of business. Regular marketing content that you might post on Facebook or Twitter probably won’t work here. Social media commentator Elizabeth Harper argued that it is, “The brand [that] offers a consumer-focused service and… messaging with a friendly, casual tone” that appeals to the typical Ello user.

What to post, then?
If your business makes a product, you could show a short video on how the product is made. There are several examples of different types of (mostly) smaller businesses having an effective presence on Ello. Artistic photography plays a large part in their profiles – showing how your products fit within the wider context of an artistic view of the world appears to be a useful strategy. Using Ello as an artistic outlet can draw clicks for your own, more traditional site, as well as promoting a side to your business that may be underdeveloped. One difference between Ello and, say, blogging sites is that you can post several pictures as part of a single post with almost no limit on word count to boot.

Remember, although it will take extra effort to produce content for Ello over other social media platforms, there’s nothing to stop you reusing what you create for it elsewhere. This might not just get your message further afield, it might change the perception of your business for the positive.