Are your staff on social media? 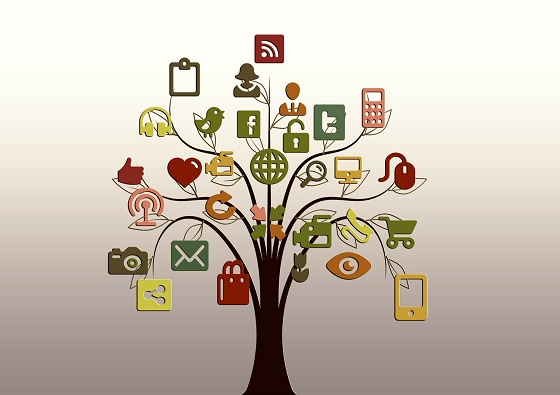 In a previous article, we discussed some of the ways in which your staff can boost the profile of your brand. With social media, your staff can really help to promote your company online. However, allowing your staff to conduct themselves as they please on social media on your behalf also has its risks (Red Cross suffered a PR Crisis when one of their employees posted about getting inebriated using the company’s official Twitter account). Here are some of the things to consider when it comes to how your staff use social media.

To ban or not to ban?
One of the debates in HR departments up and down the country is whether or not to ban social media during work hours. While there are no questions that social media can be a huge source of procrastination and distraction, this doesn’t necessarily mean that it should be banned. By restricting social media access, this sends a warning to your staff that you don’t trust them to use their time efficiently, which can cause much more harm than good. Additionally, social media usage is actually pretty difficult to restrict due to the prevalence of smartphone internet access.

As Shel Holtz, writing for Monster, states: “Do you have a smart phone? An iPhone, a BlackBerry, a Droid, a Palm Pre or any of the dozens of other models available? You can surf the Web, access social networks, send and receive messages on Twitter and engage in all kinds of other online activities. So can your employees. Blocking access to social sites via your company networks won’t stop most employees from engaging in the same behavior the blocks were designed to prevent.”

Ultimately, if your employees are wasting time on social media instead of actually doing their job, the problem is with the individuals, not with how they choose to waste their time. And if an employee works a 7-hour day and decides to check their social media during their lunch break, is this really detrimental to the success of your business? So long as your productive output is not compromised, on balance it’s best to allow your workforce to be as comfortable as possible and some freedom with social media. Obviously this assumes that they are not using it in a way that affects the company negatively. Showing your staff that you trust them enough to do their work without spending too much time on social media is a sign that you respect them as professionals.

Your internal social media policy
If you don’t have an internal social media policy, you could be leaving yourself open to problems, for example: confidentiality leaks, posts that undermine your brand integrity and spamming. While it’s important that your social media rules aren’t overly complicated or long-winded (this will discourage staff from posting on your behalf), you do need to let your staff know what is acceptable and what isn’t, as succinctly as possible.

Your policy should contain information about brand values, what kind of terminology may be used, how to handle complaints, whether to post visual content (and what kind of visual content) and how regularly they can post. You should designate one member of staff to be in charge of enforcing the policy, and this individual should also provide one-to-one training to anyone who will be using social media on the company’s behalf.

When an employee goes ape on social media
In the unlikely event that an employee goes ballistic on social media and drags your brand through the mud, it’s important to have a contingency plan. In the example mentioned at the beginning of this post, the Red Cross repaired the damage caused by an employee using the official Twitter account to post about their alcoholic adventures by stating that the Red Cross was in fact sober and the keys would be confiscated – humorous but also effective.

However, if a comedic tone is not appropriate, it’s important to master the art of the social media apology. If possible, filming a short apology video and uploading it to YouTube helps to convey the sincerity behind your words (Johnny Depp and Amber Heard recently did this as a result of a bizarre dog-smuggling controversy). Writing an authentic, sincere apology on Twitter is difficult with only a 140 character limit, so make your words count. Show remorse for your actions and if possible, show that you will go out of your way to right your wrong. Sincerity, empathy and an offer of resolution are key. For a great example of how not to apologise on Twitter, check out NBA player Rajon Rondo’s comments after using homophobic language.