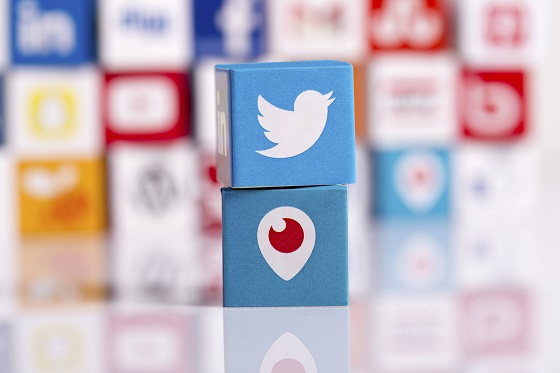 Owned by Twitter, Periscope is a new live-streaming video application which is currently all the rage in the PR world.

Periscope is the world’s fastest growing social media platform with 40 million accounts being registered within the first four months of the launch. The ability to live-stream direct from your phone enables businesses to create a direct channel of communication with their audiences like never before, improving brand loyalty and boosting exposure as a consequence.

Here are some of the ways in which Periscope can be used in PR activity.

Humanise a brand
If you’re trying to build a personal brand, Periscope allows you to convey yourself as you actually are – live and unedited. In the era of creative, imaginative PR, consumers have become very wary of glossy, over-produced sales videos with perfect audio editing and lighting, making a person seem more flawless than they are in reality.

With Periscope, you can create an intimate connection with your audience by communicating without any pretenses. When people understand they are communicating with a real human being (flaws and vulnerabilities included), this is a huge trust builder. Naturally, trust is a great foundation for conducting business in an era where consumers are more wary than ever of impersonal corporate pitches.

Impart knowledge
If you’re looking to establish yourself as a thought leader in your industry, Periscope can be very useful. By streaming regular industry news updates on the platform, you can provide your audience with cutting edge knowledge (boosting your reputation as a consequence). Particularly for urgent news stories where blog posts would take too long to produce, you can simply commence a Periscope stream and talk off the cuff as events transpire. Alternatively, Periscope can be used for hosting Q&A sessions – another great way to deliver value to your audience and showcase your expertise.

Demonstrate a product
Unlike a sales video which is rehearsed and edited, demonstrating a product on Periscope is far more credible because you’re forced to back up your claims in real time.

From a functional perspective, Periscope enables you to showcase the features of your product and you can also answer questions as they arise with physical demonstrations – which helps in building trust before the big launch.

How brands have benefited from Periscope:

Red Bull has boosted its profile exponentially by using social media to great effect in the past, so it’s no surprise that the brand was one of the earliest adopters of Periscope. At Miami Music Week, the Red Bull Guest House was home to some truly spectacular performances by artists such as Lil Wayne, Mannie Fresh and Pete Tong. Red Bull live-streamed the event via Periscope and gained an enormous amount of attention in doing so.

Adobe used Periscope to great effect in promoting its new product, Creative Cloud. Adobe hosted a Periscope session for 24 hours featuring interviews with the Adobe employees responsible for Creative Cloud, allowing audience members to have their queries answered by product managers and experts. The session also contained behind the scenes footage and in-depth explanations of the functionalities of Creative Cloud. By advocating the #CreativeCloud hashtag on Twitter, a great deal of exposure was gained.

Taco Bell was another early adopter of Periscope. The fast food giant utilised the platform to broadcast its new Biscuit Taco promotion. Those who attended the Periscope session were invited to come to a bricks and mortar store and receive a free Biscuit Taco, which was newly released as part of the brand’s breakfast menu. Thousands of hungry viewers were more than grateful for their free sausage, bacon and cheese filled taco-shaped buttery biscuit – and you can bet they told their friends about it! Excellent word of mouth marketing from Taco Bell.

To discuss PR and digital campaigns that can change the fortunes of your business, drop us an email at askus@fortunepr.co.uk.